THAT WHICH IS NOT A DOG (NYARLATHOTEP) 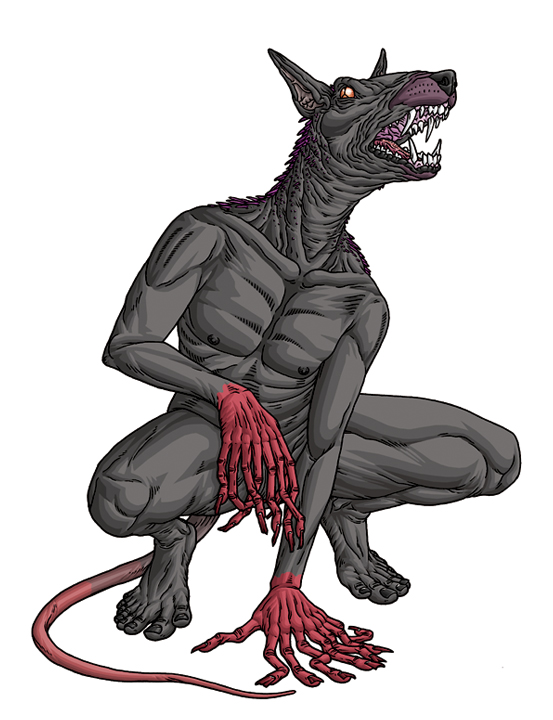 THAT WHICH IS NOT A DOG (NYARLATHOTEP)
"A dog that is not a dog. A black dog. It haunts the roads in the south of Mexico. You can stumble upon it late at night, when the moon is dim in the sky. A black dog, but not a dog. The eyes are wrong and it’s too large and it’s too black. And when you look at it close you realize it’s a man with a dog’s head, hands splayed upon the dirt. But the hands are wrong too, because it has too many fingers and the joints are bent in impossible ways. In the morning you can see where it went by the strange tracks it leaves in the ground.
A dog that is not a dog."
Silvia Moreno-Garcia, Untitled
Written Exclusively For an Illustro Obscurum Collaboration