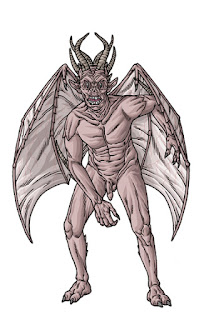 GENIE/DJINN
The Genie that haunts the moonbeams spake to the Demon of the Valley, saying, "I am old, and forget much. Tell me the deeds and aspect and name of them who built these things of Stone." And the Demon replied, "I am Memory, and am wise in lore of the past, but I too am old. These beings were like the waters of the river Than, not to be understood. Their deeds I recall not, for they were but of the moment. Their aspect I recall dimly, it was like to that of the little apes in the trees. Their name I recall clearly, for it rhymed with that of the river. These beings of yesterday were called Man."
H.P. Lovecraft, Memory

"They mostly take the shape of a gigantic human but may be invisible or take other shapes, such as that of a vast and grotesque beast."

"Their deception may be detected because they will have bertical eyes and the feet of a goat or a camel."
Carol Rose, Giants Monsters and Dragons

"Surely, I shall fill Hell with jinns and men all together."
The Noble Qur'an, Huud 11:119 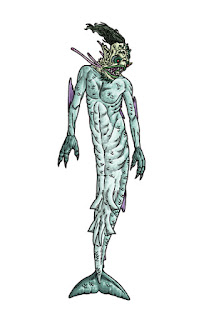 TRITON
"And the conches of the tritons gave weird blasts, and the nereids made strange sounds by striking on the grotesque resonant shells of unknown lurkers in black sea-caves."
H.P. Lovecraft, The Strange High House In the Mist

"This Is the name of a merman and, later, a class of mermen in the classical mythology of Greece and Rome."

"The Tritons are the sons of Neptune/ Poseidon and Amphitrite and are described as having humanoid bodies covered in scales with tails like those of a dolphin. Their heads have matted green or yellow hair, with gills behind their pointed ears, and their wide mouths have huge, fang-like teeth."
Carol Rose, Giants Monsters and Dragons

Email ThisBlogThis!Share to TwitterShare to FacebookShare to Pinterest
Labels: H.P. Lovecraft, The Strange High House In the Mist 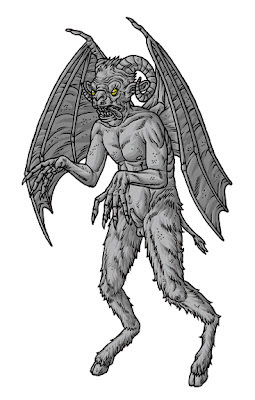 "Its companion was a horned satyr, with the vans of some great bat such as might roam the nether caverns, with sharp, clenching talons, and a look of Satanically brooding lust, as if it were gloating above the helpless object of its unclean desire."
Clark Ashton Smith, The Maker Of Gargoyles 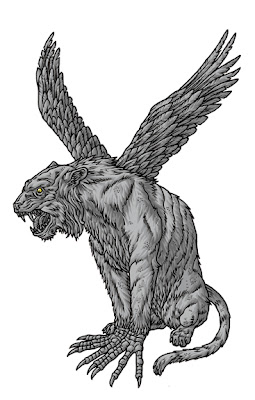 "One was a snarling, murderous, cat-headed monster, with retracted lips revealing formidable fangs, and eyes that glared intolerable hatred from beneath ferine brows. This creature had the claws and wings of a griffin, and seemed as if it were poised in readiness to swoop down on the city of Vyones, like a harpy on its prey."
Clark Ashton Smith, The Maker Of Gargoyles

Just an update about the process of making Illustro Obscurum Vol. II. 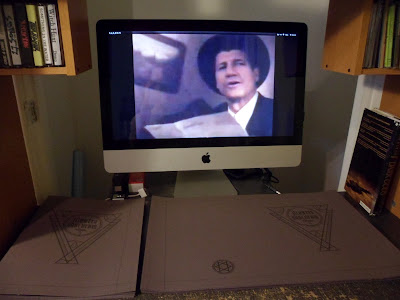 Folding covers with Cast A Deadly Spell and T.E.D. Klein keeping me company. 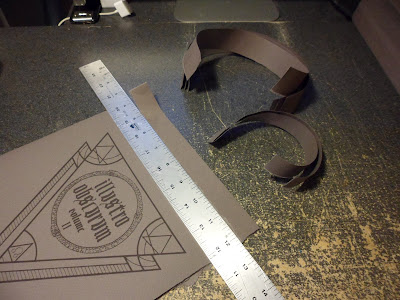 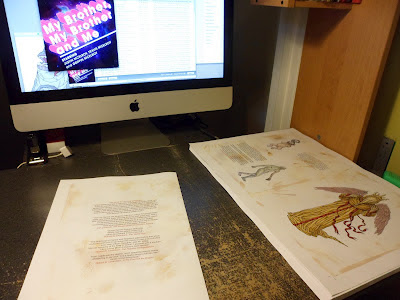 Folding pages with My Brother, My Brother and Me keeping me company now... 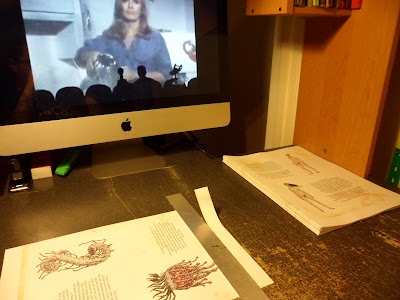 and finally, tearing pages (which is still happening) with MST3K keeping me company... 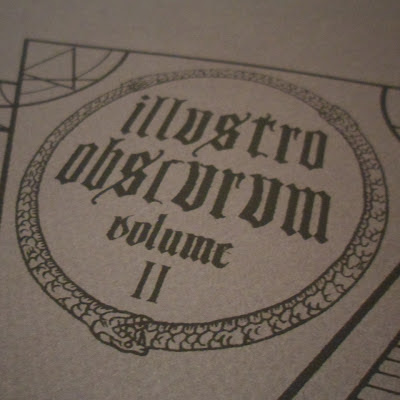 Hey everyone, just to give you an update, Volume II is all printed (covers and interior pages), and will be available this Friday at 10:30am EST. There will be 30 copies available and there will also be a very limited edition of 13 sets of Volume I & II. I'll be posting a bit more as the week goes on so everyone will have a decent heads up. 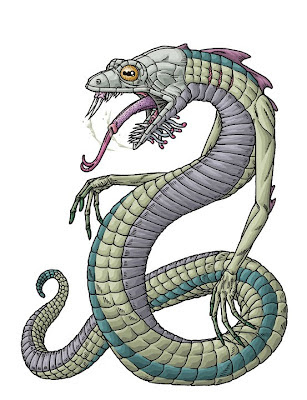 YIG
"It seems that Yig, the snake-god of the central plains tribes—presumably the primal source of the more southerly Quetzalcoatl or Kukulcan—was an odd, half-anthropomorphic devil of highly arbitrary and capricious nature. He was not wholly evil, and was usually quite well-disposed toward those who gave proper respect to him and his children, the serpents; but in the autumn he became abnormally ravenous, and had to be driven away by means of suitable rites."

"Yig was a great god. He was bad medicine. He did not forget things. In the autumn his children were hungry and wild, and Yig was hungry and wild, too."
H.P. Lovecraft & Zealia Bishop, The Curse Of Yig

"The secondary motif, a semi-anthropomorphic serpent, I did quite readily place as a prototype of the Yig, Quetzalcoatl, and Kukulcan conceptions."
H.P. Lovecraft & Zealia Bishop, The Mound

Email ThisBlogThis!Share to TwitterShare to FacebookShare to Pinterest
Labels: H.P. Lovecraft, The Curse Of Yig, The Mound, Zealia Bishop 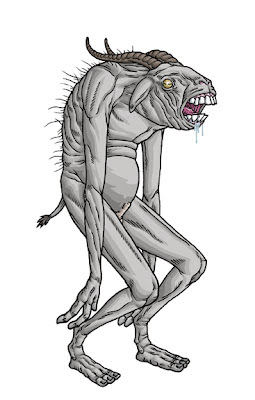 GOAT ENTITY
“And God! The shapes of nightmare that float around in that perpetual daemon twilight! The blasphemies that lurk and leer and hold a Witches’ Sabbat with that woman as a high-priestess! The black shaggy entities that are not quite goats—the crocodile-headed beast with three legs and a dorsal row of tentacles—and the flat-nosed aegipans dancing in a pattern that Egypt’s priests knew and called accursed."
H.P. Lovecraft & Zealia Bishop, Medusa's Coil