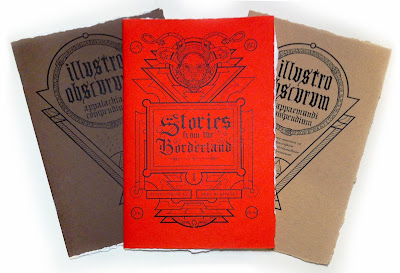 NecronomiCon Triple Pack contains all three brand new zines by Michael Bukowski. The Appalachian Compendium, Mappaemundi Compendium and Stories From The Borderland were all released at NecronomiCon 2017 but if you didn’t make it to Providence you now have a chance to own all three!
Illustro Obscurum Triple Pack
SOLD OUT
*All of these zines will be released individually in the weeks to come. However, they will be extremely limited.

This year's NecronomiCon was, by far, the best yet. So many amazing speakers, talented artists and genuinely kind-hearted friends.

(To give you an idea of the scale of this thing, I didnt even catch a passing glance of Stephen Graham Jones or John Jude Palencar. I love both their work and tried to see them!)

I want to thank my Seventh Church Ministries siblings Jeanne D'Angelo, Justine Jones, Stephen Wilson and Marcelo Gallegos (and occasionally Cameron Higby-Naquin) for making our table the coolest/loudest/most sprawling in the vendor room! I want to also thank Victoria Dalpe, Phil Gelatt and Roman for letting us stay in the their house and stink it up with farts with Jordan, Laura, Joe &. And lastly the friends/organizers Niels Hobbs, s.j. bagley, Farah Rose, Catherine Grant for tirelessly planning an impossibly amazing convention. 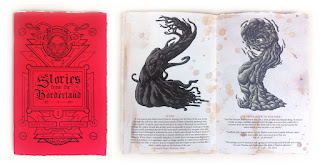 BUT, if you couldn't attend this fantastic gathering and you still want one of or all three of the zines I released then good news! I'll be putting them up for sale a week at a time starting next week. To make it easier, I'll be starting with a three pack. 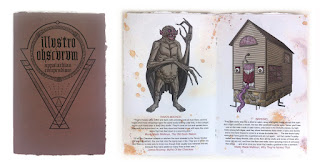 You'll be able to grab, Volume 1 of Stories From the Borderland, Mappaemundi Compendium & Appalachian Compendium
ON FRIDAY SEPTEMBER 1st AT 11AM EST
IN THE YOG-BLOGSOTH STORE! 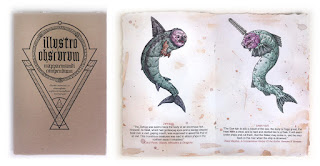