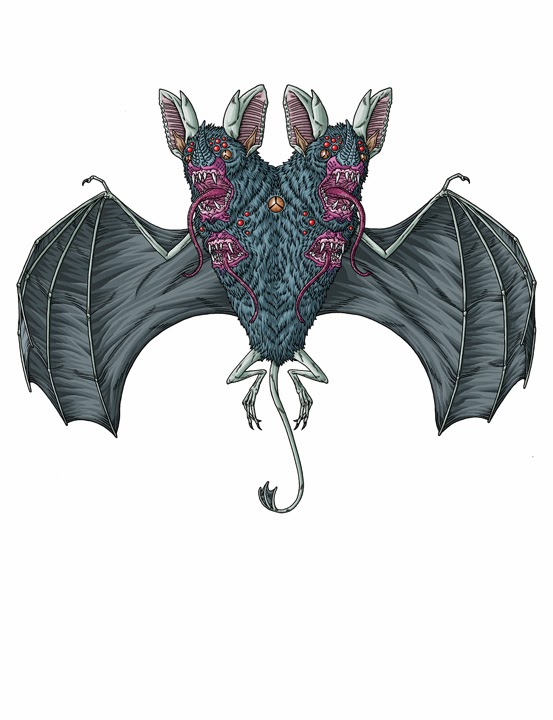 LROGG (NYARLATHOTEP)
"They themselves were worshippers of the relatively insignificant deity Lrogg, which conferred benefits on its worshippers and demanded only annual sacrifice, in the shape of the removal of the legs of a conscious native."

"This double revelation came when a particularly fervent group of native Azathoth-worshippers violated a temple, smashing all the statues of the two-headed bat-deity Lrogg and killing three of the priests. After acid had been poured into the brains of the offenders, the chief priests of Lrogg declared that the temple of Azathoth must be removed altogether from the planet, together with its insect-worshippers, although the insects who would conform to the planetary religion might remain if they wished. The cuboid natives who had become believers in the creed of Azathoth were all treated in the same way as the original offenders, as an example."
Ramsey Campbell, The Insects From Shaggai

"This avatar of Nyarlathotep is closely connected to the Haunter Of the Dark. Lrogg is a double-headed bat creature composed of living, icy blackness. The bat-god has countless star-like eyes that twinkle and move about on its two faces, and each head has several fanged mouths."
Scott David Aniolowski, Ye Book Of Monstres