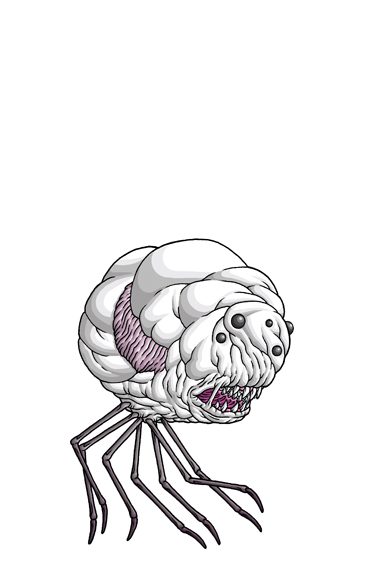 "His streaming eyes bent the ceiling; he thought something small and round ran up against the roof."

"He turned his back and saw the globular bodies dropping, rushing across the cavern towards him, biting."

"Perhaps he had not seen what he spent the rest of his life trying to forget: the man's face tearing, a rent appearing from temple to jaw, opening the cheek to hand revealed; for there had been no blood - only something pale as things that had never seen the sun, something that pored down the man's body, which collapsed like a balloon. Surely Robert could not have had time to see the flood separate into moving objects that rolled away down the stairs into the depths of the building, but that was the memory he always shrank from focusing; for some instinct told him that if he ever remembered clearly what he had seen it would be something even worse than a swarm of enormous fat white spiders."
Ramsey Campbell, Before the Storm

Email ThisBlogThis!Share to TwitterShare to FacebookShare to Pinterest
Labels: Before the Storm, Brood Of Eihort, Ramsey Campbell