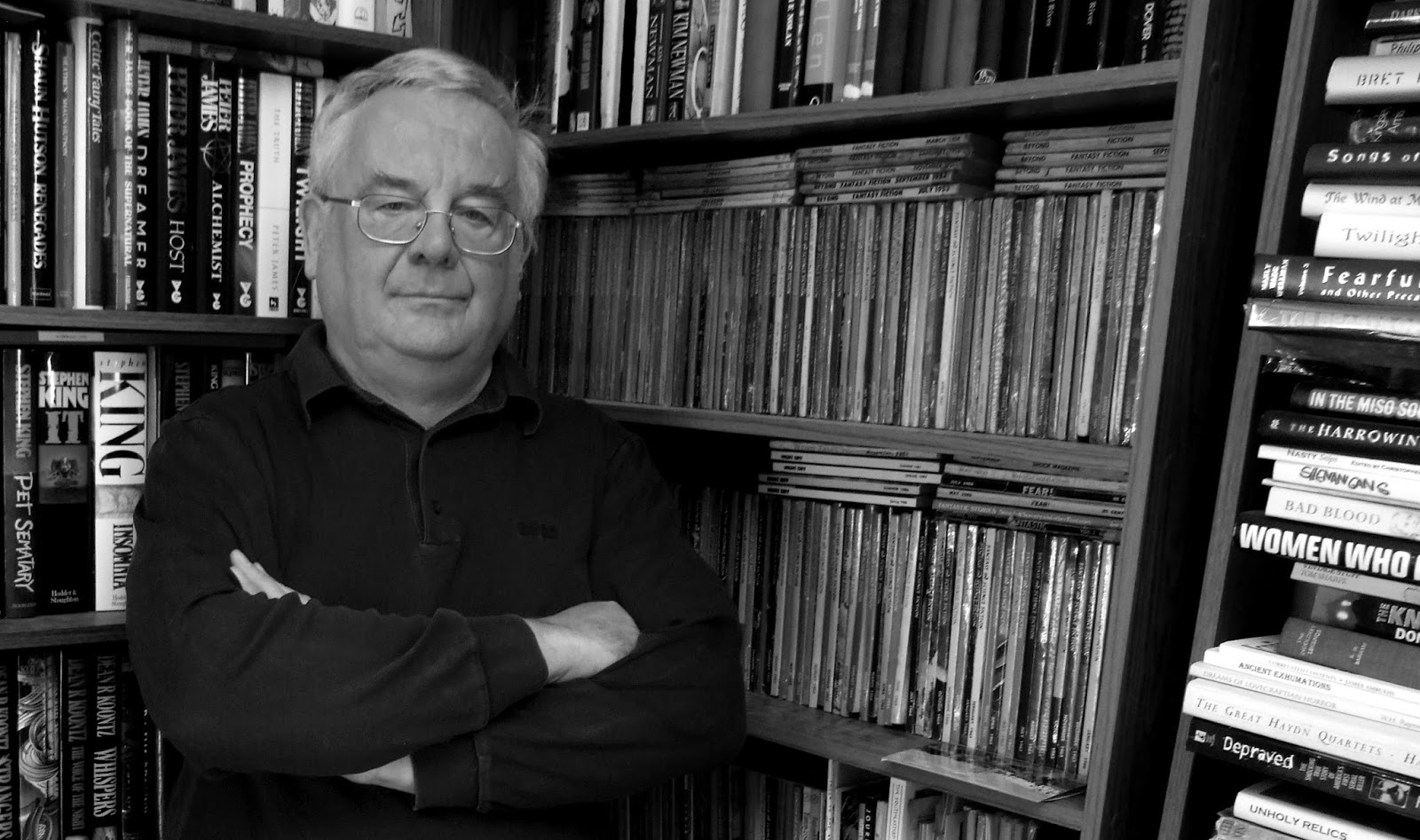 This weekend is Ramsey Campbell's birthday and to celebrate I'll be posting a drawing of a creature from his works everyday next week.


Born in Liverpool, England, Campbell started writing at the age of 11. He wrote and illustrated a full book of short stories called Ghostly Tales (later published in Crypt Of Cthulhu). After this, he moved onto Lovecraftian tales and began corresponding with August Derleth. His Lovecraftian work is very juvenile but still creates a sense of urban desolation reminiscent of his later work and even Thomas Ligotti. He manages to create some truly bizarre creatures as well. Gla'ak, Eihort, Daoloth, Y'golonac are all supremely alien and "weird".

He would later disavow HPL (and even later, re-embrace him) and focus on creating his own form of horror. The Face That Must Die is a grim and very personal tale of a paranoid schizophrenic set in a gritty urban environment that would come to define Campbell's work. He can turn a paper bag in a pile of trash into the deflated head of a terrifying creature or the broken glass of a window into a gaping maw.

Often described as a horror writers horror writer he's one of the most prolific authors of his generation with over 30 novels and around 20 short story collections. And the list of awards and nominations is almost as long as the list of stories. He's won the British Fantasy Award, The World Fantasy Award, The Bram Stoker Award, British Fantasy Society Award for best novel and International Horror Guild for best novel.
Some of my favorites of his work include the collections Cold Print, Dark Companions and Waking Nightmares as well as the novels Incarnate, The Face That Must Die, The Darkest Part Of the Woods, The Nameless and The Last Revelation Of Gla'aki.

I could honestly talk about Ramsey Campbell all day. I highly recommend checking out any of his insane bibliography. You won't be disappointed.

PS-Some even think Campbell is the partial inspiration for Garth Marenghi!